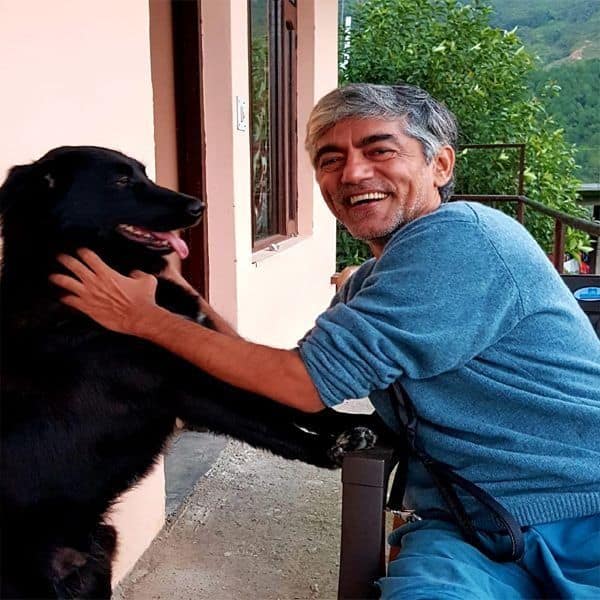 There are also reports that Asif made a noose with his pet dog’s belt and then hanged it. Asif was a victim of depression for a long time. He had gone for his dog to roam in the morning and came back and hanged his noose. In this case, SSP of Kangra (Himachal Pradesh) Vimukt Ranjan has informed about the case. Vimuktam said, “Film actor Asif Basra has been found hanging from a noose in a private complex in Dharamshala. The forensic team has reached the spot and the police is investigating the matter.

Asif hanged at around 11:30 pm on Thursday afternoon and the police got information about this at around 12:30. He had been staying in a hotel in McLeodganj with his foreign lady friend for the past several years. SSP Vimukt Ranjan further said in the case, ‘At first glance, this case seems to be of suicide but we are investigating the case. The actor’s body has been sent for postmortem.

Prima facie it is a case of suicide but we are investigating the cause. The body has been sent for postmortem: SSP Kangra Vimukt Ranjan on actor Asif Basra’s death. #HimachalPradesh https://t.co/LfEvKPqx5R pic.twitter.com/NQWDgrfYEx

Asif is a noted actor who played characters in many films. He made his films in films like ‘Jab We Met’, ‘Kay Po Chhe’, ‘Ye Hai Bakrapur’, ‘Parzaniyaan’, ‘Hichki’, ‘Once Upon a Time in Mumbai’, ‘Krrish-3’, ‘Black Friday’ Acting iron was made. Also, he has also appeared in many famous web series like ‘Patal Lok’, ‘Hostages’.